Rudeboy – Ifai, Paul Okoye of the defunct P-Square Rudeboy bursts your speakers once again with new love tempo song titled “#IFAi”, The track which was self-produced was premiered as the second single of the year.

Besides “IFAi” Rudeboy of P-square released “Somebody Baby” at the first month of the year, He blesses fans with a street single few days back which was recorded along with LRR Boss Reminisce the track is labelled “Is Allowed”. 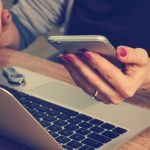